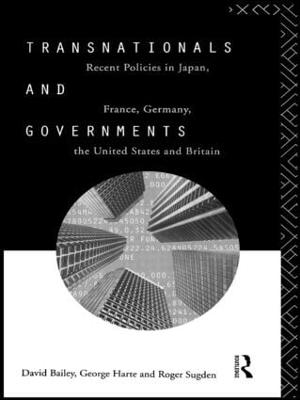 Because of the potential ease with which transnational corporations can relocate, many governments have avoided direct attempts to intervene in their activities. Nonetheless, the major economies have adopted a wide range of policies towards transnational corporations. Some (Japan and France in particular) have been very concerned by the impact of such firms. Others (most notably Britain) have had a relatively relaxed attitude. This book offers a unique account of policy towards transnationals over the last thirty years or so. It features: detailed, up-to-date accounts of policy in Japan, France, Germany, the United States and Britain; the role of organisations other than governments, including trade unions, business and opposition parties; summaries of which issues have most concerned which countries overall characterisations of each country's policy stance. The result will appeal to those interested in industrial economics, international business, global political economy, and international law.