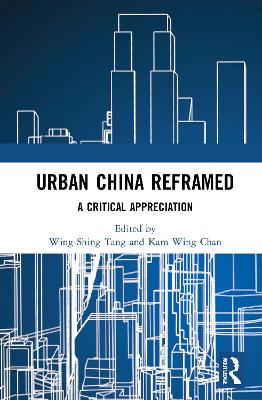 Given China's rapid economic growth and massive urbanization, no one in the world can ignore what is happening in urban China. This book is a critical review of existing urban China research, which is found wanting due to the decontextualized use of theories and concepts developed in the West.

Urban China Reframed: A Critical Appreciation consists of epistemological, theoretical and methodological contributions to remedy these limitations by focusing on a number of relevant topics. First, models are widely employed in any study, and China nowadays has invoked models like city system, zones and global city in socio-economic development. How to interpret them in terms of knowledge production in a strong party-state? Second, given the global prevalence of neoliberalism, it is an important debate whether neoliberalism is applicable to China. Third, what is urban ideology in China? How to contextualize it? Are debates about the differentiation between the city and urbanization relevant to China? Fourth, massive rural-urban migration in China has taken place within its mega rural-urban dual system, an institution that has persisted since the 1950s. How does it manifest nowadays? Fifth, has the town-country divide in China, like in the West, disappeared? If not, how can one interpret China's town-country relations, within the politics and administration of the Chinese state? Sixth, how to decipher the territorial development in the Pearl River Delta, the "world's factory," under the auspices of the state? The collection of essays in this volume contributes to the theoretical understanding of urban China.

The chapters in this book were originally published in the Eurasian Geography and Economics.