Death at Kent State: How a Photograph Brought the Vietnam War Home to America

Description - Death at Kent State: How a Photograph Brought the Vietnam War Home to America by ,Michael Burgan

It didn't seem possible. Four college students shot dead May 4, 1970, by Ohio National Guardsmen during a protest against the Vietnam War. The shootings at Kent State University would shock the nation and spark a mass student strike across the country, the only one in U.S. history. A photojournalism student's photograph of a teen girl crying in anguish over a victim's dead body would win the Pulitzer Prize and become a symbol of the antiwar movement. AGES: 9-12 AUTHOR: Michael Burgan has written numerous books for children and young adults during his nearly 20 years as a freelance writer. Many of his books have focused on U.S. history, geography, and the lives of world leaders. He has also written fiction and adapted classic novels. Michael has won several awards for his writing, and his graphic novel version of the classic tale Frankenstein (Stone Arch Books) was a Junior Library Guild selection. Michael has also worked as an editor at Weekly Reader, the classroom news magazine used in schools across the United States. SELLING POINTS: Over 225,000 copies sold in the Captured History series Critically acclaimed A fresh way to present important historical events

Other Editions - Death at Kent State: How a Photograph Brought the Vietnam War Home to America by ,Michael Burgan 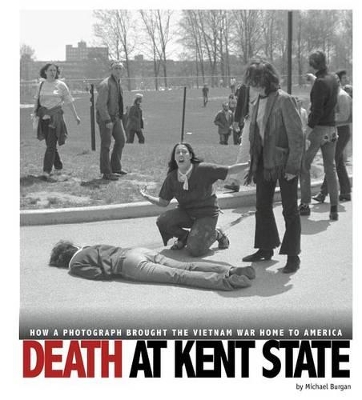